A loop around a 17th Century Royal park.

This was sent in from Pete from Twickenham. He recommends this ride with his teenage kids and says although it is mainly on roads, the speed limits are low and they roads are filled with cyclists. That said, still do be careful and obey the local traffic laws.

We have created this route as if you were parking a car at the Roehampton Gate car park. But being in London it is fairly easy to get to and as a circular route you can start and stop wherever you like.

This park is the largest of all the Royal Parks' in London, and is in fact is less than 8 miles from Big Ben in the centre of London. It was created in the 17th century as a deer park, and still today you will find over 600 red and fallow deer that roam freely around here. Be careful though, as they are still very wild which can be easy to forget when you can see the tall buildings of the city in the distance. 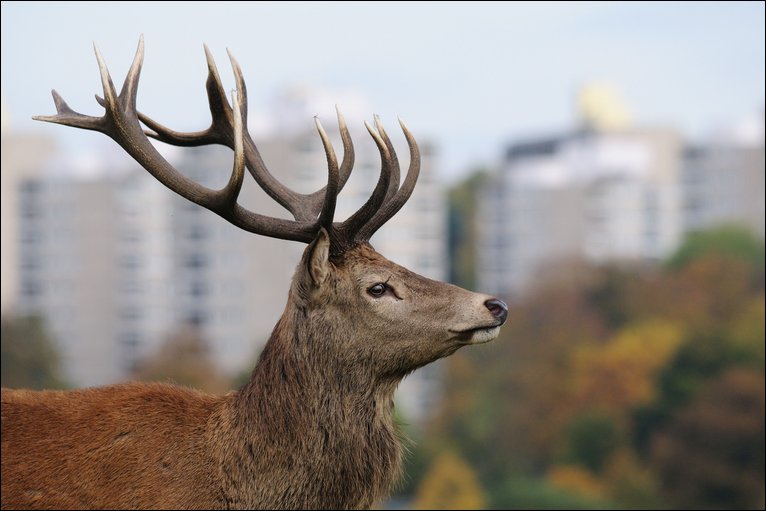 So back to the route.  Head out of the car park and turn left, we will be cycling around the boundary in a clockwise fashion. It is fairly flat, just one small hill in the middle as we approach the Richmond Gate.

After about a mile you get to the Robin Hood Gate entrance. Go careful here as this is a main entrance from the busy A3, after a bit you hit your first hill, or tiny lump which takes you onto the 3 mile mark.

Pass the Ham Gate entrance and keep following Queens Road until you make a sharp fork right turn at Richmond Gate. This is the busiest of all the 6 gates at the park, so have your wits about you as there can be quite a bit of traffic.

Now you have a lovely long hill to descend which takes you right back to the start.

TIPS: Dont go crazy and race; a cyclist did get prosecuted for speeding in 2013.